The “Problem” with Millennials 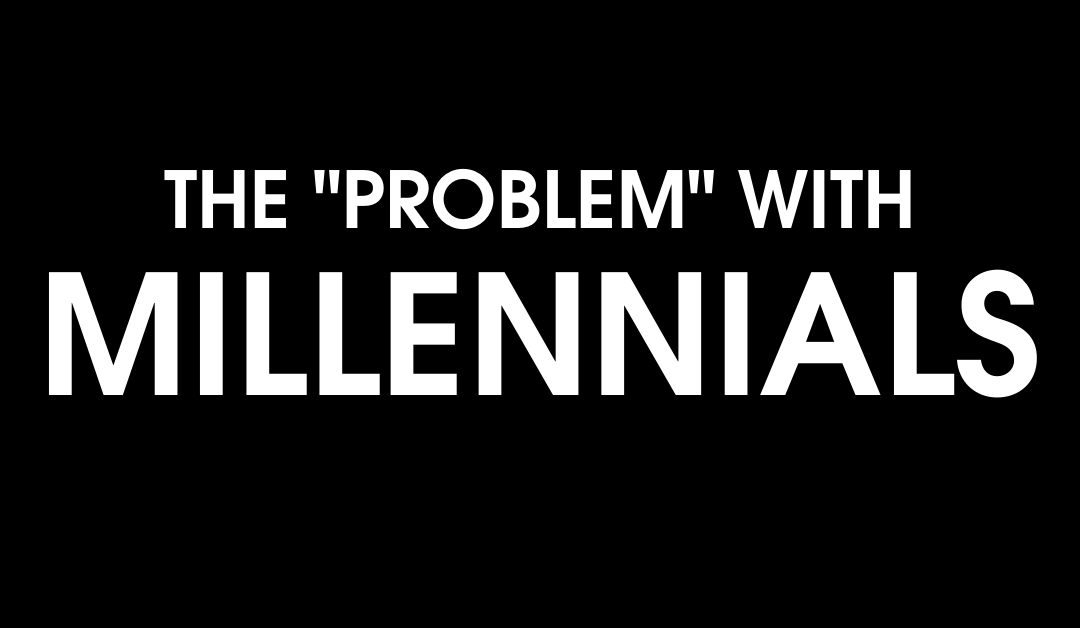 The problem with millennials. They are too this or too that. Just mention the word, millennial, to

a bunch of 50 and 60 somethings in a workplace setting and you’ll get chuckles, nods of agreement and universal disapproval. They will share stories and joke about how they never answer the phone, or how they never show up to the office, or how they are always whining about something or glued to their iPhone.
It seems like one of the baby boomer’s favorite topics of conversation. The funny thing is that this way of relating to the younger generation is nothing new. It’s the same old collegial agreement that’s given people of a similar age something to agree on and banter about for ages, how younger, less experienced people just don’t get “it.”

The problem, especially as a business leader, isn’t with the millennials.

I can’t stand all of the judgments and caterwauling over millennials.

As a business leader, it’s never really the appropriate question to be asking:

The question: What’s wrong with them? Why are they acting that way?

As a leader, the question is, what’s great about this person, or this team and how do I call that forth. How can I improve to create the results or get the best out of them.

The irony is that, in the 1960’s and 1970’s, when boomers were growing up and entering the workforce, decades that can be characterized as a mass evolution in the consciousness and intelligence of the United States, the boomer’s parents generation were making similar judgments. While the boomer’s catalyzed a mass evolution of the country, the boomer’s parents were standing in judgment asking, what’s their problem, what is this about their own rules, new ideas and lack of principles?

What they should have been asking is, what can we learn from them? What are they seeing and experiencing that I am not?

It’s the same question that boomers need to be asking of millennials today. Instead of standing in judgment about what’s different, you might seek to understand their perspective.

Boomers might learn something. And, if the boomer lets down the judgment, they just might have an opening to impart that incredible wisdom that us millennials so yearn for.

And, by the way, Millennials are forcing change in every area of life. They are the drivers behind innovation in everything from automobiles, to banking, to dating, to family systems, to social issues. They won’t stand for doing work that sucks, they watched their parents do that their whole life. While admirable, I’m sure that if you give your child one gift, it would be to find work they love. Is that such a radical idea?

The most common complaint I here is about millennials lack of commitment and hard work on the job. It’s true, some young people are naive about what it takes to succeed in the “real world,” but that’s been true since the beginning of human beings. Just check the story of “Adam and Eve.”

As a leader to millennials (or any other human being on the planet), you will get no where as long as you stand in judgment of how they are.

Your job is to understand how to reach them, challenge them, mentor them.